The Jerome and Hazel Tobis Fellows were established in 2010 to honor the professional integrity, concern for social justice, and humanitarianism of Jerome Tobis, a founding member of the Ethics Center. Tobis Fellows will be awarded to scholars of any age, including nontenured junior faculty, post-doctoral students, post-baccalaureate students, and retired or senior fellows who are concerned with moral issues as they construct their own professional lives. The honorific fellowships offer an intellectual community, involvement in scholarly projects with other Ethics Center faculty, and professional mentoring for those interested in ethical concerns in any of the fields represented at the Ethics Center, from bioethics and social psychology to law, economics or politics. Interested applicants should send a description of themselves, with their academic record or overview, their major, minor and school from which they received their degree, along with a 2 paragraph description of their substantive interests on which the Tobis Fellow might like to focus during the Tobis year. Please send to Kristen Monroe, founding Director, at krmonroe@uci.edu. We have rolling admissions and, in general, we collect the applications and evaluate them in April. Candidates who are accepted as Tobis Fellows for the next academic year are notified in May. If spots remain available, late admissions are sometimes made.

Contributions to the Tobis Fellowship program may be made via the following e-giving link GIVE NOW or directly to Ekua Arhin, Center Manager, School of Social Sciences, 3151 Social Science Plaza A, University of California, Irvine, CA 92672. Andrada Costoiu
Andrada Costoiu obtained her Masters in Political Science in December 2008 and she is currently completing a Ph.D. in Political Science at the University of Illinois at Chicago with a specialization in International Relations and Comparative Politics. Andrada’s research concentrates on issues of social equality. Her latest work looks at the construction of different categories of immigrants through immigration policy. Some of her work has appeared in the Journal of Identity and Migration Studies and also in a volume published by Cambridge Scholars.

She is part of a social sciences evaluation team within the Executive Agency for Higher Education Research Development and Innovation Funding (UEFISCDI). In this function she evaluated projects by research partners from three EFTA States (Norway, Iceland and Liechtenstein) and Romania. As a Tobis Fellow Andrada Costoiu is involved in a project developed by the Center of Ethics and Morality that centers on the psychological effects of war on people who were displaced as result of war. In the past years she conducted fieldwork in Jordan where she interviewed Syrian war refuges. To find more about her academic endeavors, please access her academic website: https://uic.academia.edu/AndradaCostoiu. She is also a literary author and a writer for Spill Words Press and few other literary journals. Her first novel, Under the Iron Curtain which takes place in communist Romania, is set for publication at the end of this year.

Angeliki Kavanou
Her research interests are informed by her conviction that peace does not start when agreements are signed but only when conditions of structural violence are addressed and eliminated. 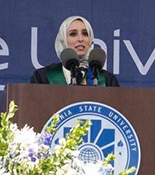 Noha Khalil
As a Muslim Arab woman, Noha developed an interest in politics at a young age. She lived in Egypt during the Uprising in 2011 and has witnessed the political upheaval that followed the protests. She has a masters in Conflict Studies and studied politics in her BA. She has particularly focused on the politics of the Middle East region in her research. She is very passionate about topics related to women and will be assisting with a project on gender inequality in Academia. She has a growing interest in the politics of Islamic scholarship and how that has affected women. 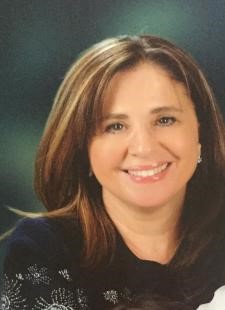 Lina Kreidie
Dr. Kreidie is a 2017-18 US Fulbright scholar in Jordan. Kreidie has been a lecturer of political psychology, Middle East politics, conflict management and resolution, peace studies since 2000. Kreidie's academic, professional and consultancy experience included but not limited to a political advisor to prime minister of Lebanon Mr. Najib Mikati 2010-2013. Director, Middle East Prospect Forum Beirut Lebanon 2010-2012, Director of Middle East Studies Student Initiative, UC Irvine: 2007-2011. Among Kreidie's publications Living with Ongoing Political Trauma: The Prevalence and Impact of PTSD among Syrian Refugees; The Role of non- Governmental Organizations in Tackling Sectarianism and Extremism in Lebanon: Track Two Diplomacy and Good Governance; The Rise of Iran: An Identity Fight to Challenge the Existing Power Establishment Contesting US Hegemony, Israeli, and Sunni Powers in the Middle East. [CV] 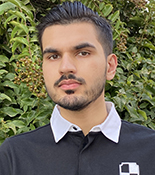 Gurshaan Singh Sekhon
My research interests center in projects focused on historical and contemporary nationalist violence and the danger of the promotion of a singular national identity in India and political leadership and its dominant role in nations' responses to COVID-19. The first project will evaluate what it means to erase the identity of other groups, criminalize their identity, and the dangers of this deletion and promotion process to the nation. The project will draw parallels in Narendra Modi's rise to Donald Trump's ascent and their similar methodology in transforming non-political careers into head offices of their states through exploitation of race/ethnic tensions in seemingly post-racial nations. The second project will analyze pandemics historically to elucidate the characteristics and actions of successful and failed leadership responses in the past. With a formula of these triumphant political leadership features, the project will assay current responses to the COVID-19 pandemic and illuminate the striking role compassion holds as a characteristic of successful political leadership. Furthermore, the project will analyze the importance of compassion as a criterion for this evaluation, compassion's intertwining confounds with gender, and gender as a variable for successful leadership response.

The Tobis Medal and the Jerome and Hazel Tobis Day

The UCI Ethics Center is pleased to announce the inauguration of an annual Jerome and Hazel Tobis Day and the Tobis Medal.

The Jerome and Hazel Tobis Day will be held once a year to honor the life, achievements and contributions of Jerry and Hazel Tobis. We will coordinate the Tobis Day so it occurs on the day of the Annual Awards Banquet, usually held in early June. The precise details of the Tobis Day may shift over time but current plans are to:

Host a luncheon to honor the Tobis Fellows on the day of the Annual Awards Banquet;

Ask each past Fellow who can attend to do so and give a short presentation noting what the Fellow did while at UCI, what the Fellow is now doing, and suggesting how the participation in the Tobis Fellows program helped that person. Fellows who cannot attend will be asked to prepare and send a short video recording or Skype in to present their progress report. These reports will be available on the web and will be played at the Tobis luncheon. We will add to these each year;

Honor the new and current Tobis Fellows and ask them to attend the luncheon – with their families or guests if they so wish – to discuss what they plan on doing or what they have done as Tobis Fellows;

Foster the spirit of giving back to your community by encouraging – although certainly not requiring – Tobis Fellows to consider eventually making some kind of contribution to the Tobis Fellow Fund after they leave UCI and their time as a Fellow has ended.

Each year we will select one – five people who have lived their lives in the spirit of Jerry Tobis, by achieving in their field but also by giving back to their society in some way – and giving these people the Tobis Medal at the Awards Banquet. We will use the afternoon of the Tobis Day to have the current Tobis Fellows and the Director – plus whatever Center faculty and friends wish to attend – participate in oral histories of the lives of the Tobis Medalist honorees. These oral histories will be filmed and transcribed for safekeeping in the Center’s Vaughn Archives. Each Tobis Medalist will be given a copy of the oral history. Eventually some of these oral histories might be published in a book whose theme would be how one person can make a difference in the world.